Be messengers of life amid death, says Pope Francis at Easter Vigil

In the spirit of Easter we were glad to see that Datuk Dr Musa Mohd Nordin of KPJ Damansara Specialist Hospital has had a change of heart...

In praise of Malaysia's efforts

"We salute too the brave members of the police and armed forces and other essential service providers who together form a strong frontline in this fight.

They have been marshalled by competent experts, headed by the tireless and commanding Director- General of Health Datuk Dr Noor Hisham Abdullah.

This team of experts knows thoroughly the sciences involved and are guided by evidence-based thinking. They exude confidence and have succeeded in giving faith to the rakyat.

Every evening, we are transfixed in front our TV sets listening attentively to our D-G of Health. And at the end of every presentation in the past week or so, we have the feeling that we are moving in the right direction."

We could not agree more!

We would also like to salute the Menara City One Security Officers working tirelessly to ensure some semblance of order at our condo. 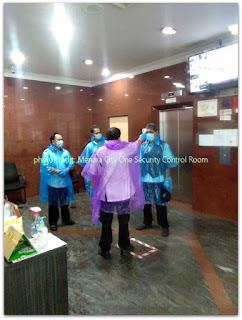 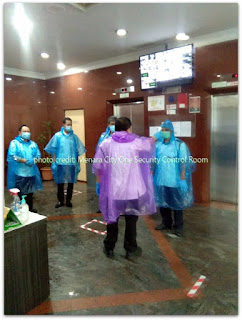 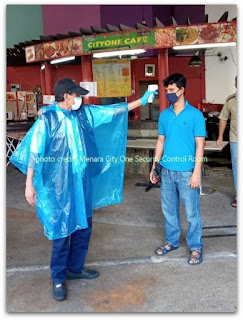 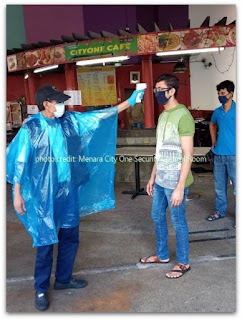 From what we can gather Health Ministry Director-General Datuk Dr Noor Hisham Abdullah had announced on 7th April that "2,109 resident of Menara City One has been tested". We were tested on the same day (Block B, 300 residents), and another round of testing was held the following day 8th April (Block A, another 300 residents). We can only assume based on the table below everyone in Menara City One has been tested? 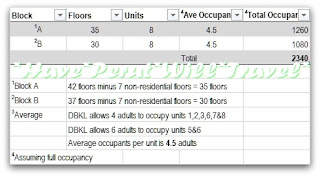 That being the case then we are hopeful that the lock-down currently imposed on our condo can be lifted after 15th April.

Later during his daily press conference the Health Ministry Director-General Datuk Dr Noor Hisham Abdullah announced an additional positive bringing the total positive cases at Menara City One to 31. He also confirmed that the Pakistani man (Case 1,906) who died on Wednesday 8th April was a resident of Menara City One. He had also attended the Tablighi Jama’at gathering in Sri Petaling. Our condolences to the grieving family.

Later in the evening we received a message from Dr Eliza, a resident and committee member of the Residents' Association  through the residents' chat group: 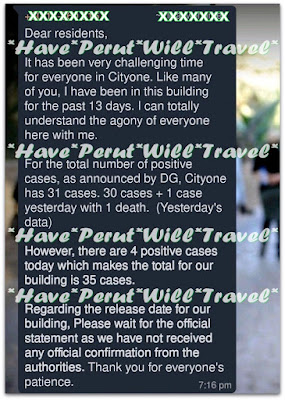 It has been 5 days since we were PCR tested, and we expect results in 2 days' time. We ask that everyone we know to pray for our continued health, safety and well-being.
- April 12, 2020