Here are the latest COVID-19 statistics in Malaysia, with reference to the clusters in general, and specifically the changes to the positive cases in Menara City One (infographics courtesy of Astro Awani):

Contrary to what was reported in Harian Metro yesterday there was only 1 positive case announced  yesterday involving Menara City One. Reporters saw 2 persons getting into an ambulance and must have assumed that there were 2 patients involved when in fact only a child from unit A-9-4 was tested positive, while the other person getting into the ambulance was either his parent or guardian.

We woke up bright and early in eager anticipation of our groceries and provisions delivered from Ben Leow. At about 9am we received word from Ben that his delivery partner from Lalamove has arrived at his grocery shop to pick up our items. Ben said the same driver from before, Gunaraj expects to arrive at our condo by 10.00am. Approximately half an hour later Gunaraj called us up to inform that he was on his way.

We took the lift from our floor down to the 7th floor foyer area to find it deserted but for a couple of security officers manning the turnstiles, and our friend (Wati) wiping down the post boxes. Unlike the chaos of two weeks ago this time around we got to the lobby at the ground floor of our condo without any hassle:


We reached the ground floor and after a few short minutes Gunaraj arrived. He reported my name and unit number to the armed forces station outside and was eventually allowed in:


Since Ben diligently separates dry from frozen items, Gunaraj again had to make two trips back and forth from his car to the lobby to collect two boxes. God bless you Gunaraj (and Lalamove)!

We thanked Gunaraj, the PDRM personnel on duty and our condo security officers and made our way back up to the 7th floor foyer area where another set of lifts took us home: 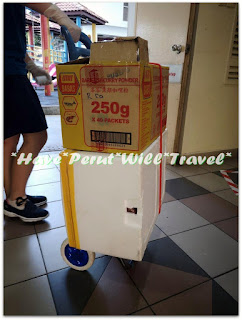 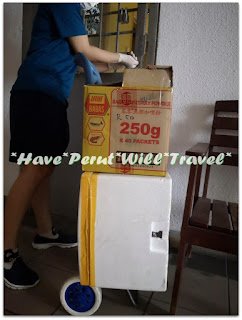 As always as soon as we we got home we proceeded to:


We then inspected the items delivered and informed Ben that all the items ordered were present and accounted for, and thanked him for his help. 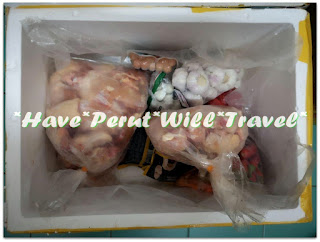 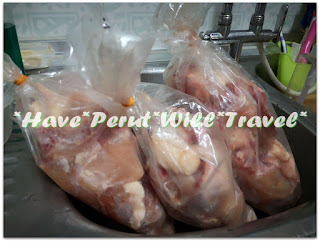 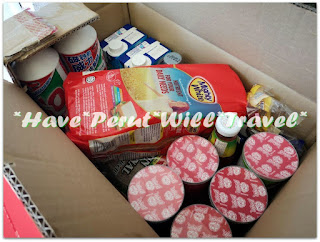 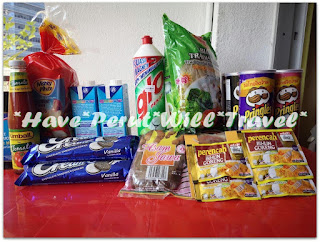 As always, a sealed polystyrene foam box filled with ice was used to pack all our frozen foods, and another sealed cardboard box  was used for the rest of the items. God bless you Ben!

Anyone interested in arranging for delivery of groceries and provisions can reach out to Ben Leow at +60125213577. You can find details of his grocery shop in a previous post.

As our good luck would have it, later at noon we were informed that there will be a further round of food rations distribution at the 7th floor foyer area of our condo (opposite the squash courts and multi-function hall). After the embassies of Bangladesh and India sent food rations to their citizens living here, today it was the turn of Malaysians to receive their fair share. 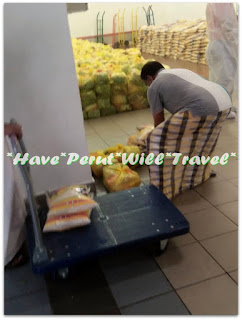 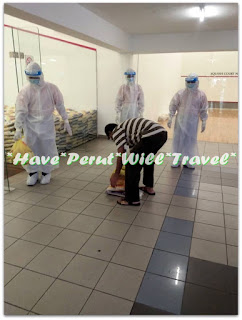 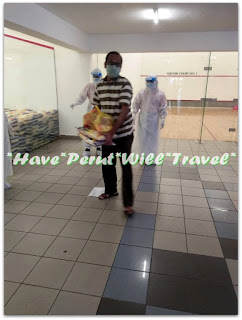 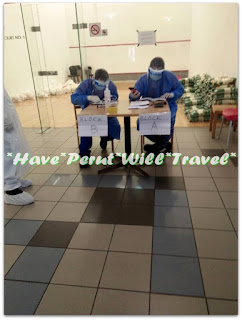 We were told that the APM (Malaysian Civil Defence Forces) will call each unit one by one to come down and collect. It soon descended into chaos and the reports we received from the residents' chat group confirmed our worst fears: it was a free-for-all at the 7th floor foyer area, and the main culprits were a cluster of migrant covidiots! 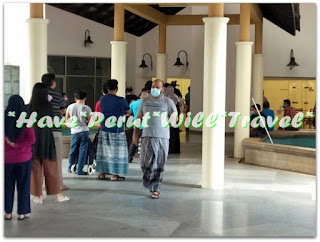 We eventually received a call from Tan of APM at about 2pm asking us to come down and collect our food rations. We politely refused since social distancing was not observed and we did not want to risk getting infected by these migrant covidiots. Tan agreed that they were causing an unnecessary crowd, and admitted he feared for his own safety as well.

10 minutes later Tan called us again, to say that the coast is clear and that APM managed to chase away the crowd of migrant covidiots. Cat went down to collect and was pleased to find the distribution counters clear but for a few migrant covidiots lingering at the side. 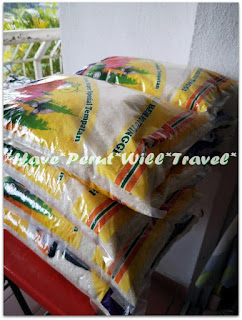 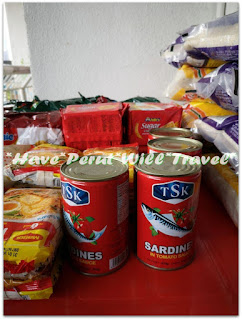 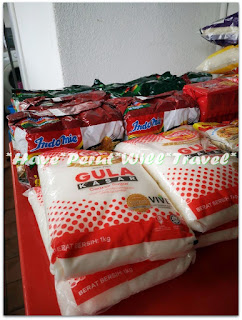 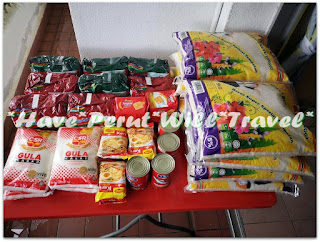 We were glad to receive the food rations and thankful that the Malaysian government is still mindful of its citizens living in Menara City One. It was a handsome bounty indeed.

At 5.30pm today during his daily press conference the Health Ministry Director-General Datuk Dr Noor Hisham Abdullah announced no additional positive cases at Menara City One which remains at 40 cases. 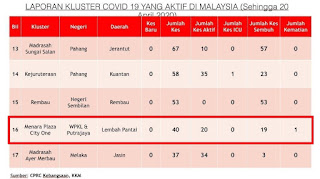 It has been 13 days since we were PCR tested, and we assume that our results are negative. We ask that everyone we know to pray for our continued health, safety and well-being.
- April 20, 2020