That sinking feeling at the pit of our stomachs that manifested yesterday continues to fester and feed our feeling of despondence and despair as we watched in horror this video shared at our residents’ group chat:


If a busload of patients were taken away from Menara City One two days ago, yesterday it was 2 busloads worth! This time however, nothing much is known about the number of patients and which unit they resided in. We guess we will have to wait for the Health Ministry Director-General's daily press conference later in the day to find out more.

We later learnt of a twist in the plot! In a further development relayed through the residents’ chat group it seems the 2 busloads were meant for residents of Menara City One living in the same units as the 11 positive cases detected the day before. 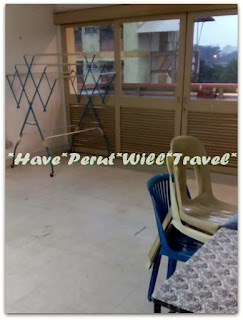 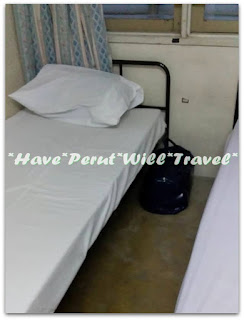 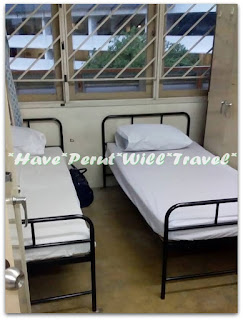 If the EMCO on Menara City One is still imposed by then (which we believe is highly likely given the present situation) they would certainly not be allowed back into their respective units.

There is talk that one of the 11 patients tested positive hid himself from KKM personnel during the first round of screening. He was tested the second time around and found positive. He has put the residents of his unit as well as his entire floor at risk. And yes, he is a migrant covidiot; but no, we will not rant.

The residents' chat group was alive with activity the entire morning. Some feared the long we stayed locked down the greater the chance of infection, since they believed there could still be some migrant covidiots hiding in their unit refusing to submit for screening.

The have even gone to the extent of suggesting a vigilante squad to check each unit one by one. Oh my, what a great idea. Let's help to spread the virus even faster. Whatever measures taken will be futile, since these migrant covidiots will not show themselves until and unless compelled to do so by the armed forces.

Others have been pushing for the negative tested residents to be allowed to leave the condo. While the well-to-do residents have other homes that they can go to, we believe the vast majority do not have this luxury. Jumping ship is not something we can subscribe to, unfortunately.

Our suggestion to end the stalemate would involve the concerted efforts of the KKM, PDRM and ATM to re-visit the list of so-called 115 vacant units one by one to determine if it is indeed vacant.


Only then will we be certain that all residents have been screened.

With all that is happening around us we remain thankful for what we have, as we reflect on the misfortune of others especially the poor souls trapped in Taman Sri Murni:


At about 2pm we heard an announcement made by the condo security officers over a loudspeaker asking all residents who have yet to be screened to come down to the 7th floor foyer area to be tested. KKM has a list of persons listed as residing in our condo but with no further details such as contact numbers as well as unit numbers, and these persons have so far managed to evade screening: 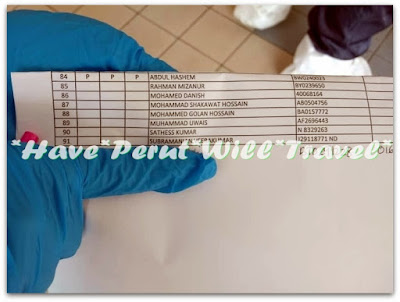 And yes, they are all migrant covidiots (the list refers to only passport numbers, not IC numbers); but no, we will not rant.

An hour later we heard another announcement made by the condo security officers over a loudspeaker asking all Pakistani nationals to come down to the 7th floor foyer area to collect their food rations. Unlike the orderly manner in which the food rations were distributed earlier in the week this time the distribution process went awry with the unruly crowd completely ignoring pleas to observe social distancing: 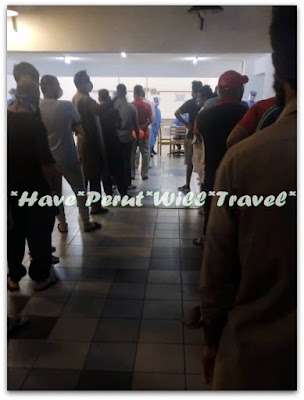 One meter between them? We think not. As one resident commented in the residents' chat group: "They like barbarian at this moment (sic), unstoppable". And again yes, they are all migrant covidiots; but no, we will still not rant.

We will continue to cling to this quote for as long as we can: “It is not despair, for despair is only for those who see the end beyond all doubt. We do not.” ― J.R.R. Tolkien.

At 5.30pm today during his daily press conference the Health Ministry Director-General Datuk Dr Noor Hisham Abdullah announced no further positive cases at Menara City One which remains at 51 cases. 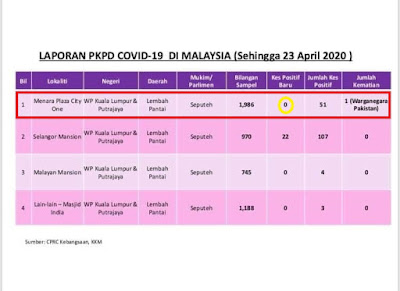 It has been 16 days since we were PCR tested, and we assume that our results are negative. We ask that everyone we know to pray for our continued health, safety and well-being.
- April 23, 2020