Our minds are in a blur. What we went through was surreal.

We picked up where we left off in the previous post.

After receiving notice of the impending visit by KKM and PDRM personnel for another round of screening last night we sat and waited with nervous anticipation although our turn would only be today.

At about 9.40pm last night our security officers announced the arrival of KKM and PDRM personnel through the residents' group chat, and we found a photo of one of the PDRM personnel brandishing a machine gun particularly ominous: 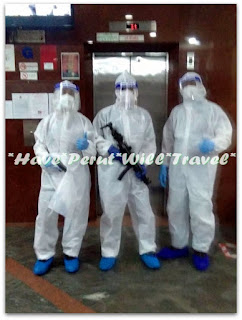 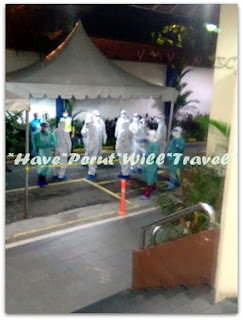 We were informed that the session last night would involve selected residents from Block A, from floors *8 to 30, while the remainder of the residents from floors 31 to 42 will be screened the following day, together with residents of Block B (where we live).

*Floors 1-2 are shop lots; Floors 3-6 are covered car parks whilst the 7th floor is the foyer and common area

This however was not the case. Reports began pouring in through our residents’ chat group that KKM and PDRM personnel were ordering all residents of Block A to submit themselves immediately for screening, all at once! That meant a thousand or more residents were expected to gather within the confined spaces of the 7th floor foyer area, all at once! What social distancing?


As you can imagine all 4 lifts servicing Block A were packed like sardines, as KKM and PDRM personnel continued their relentless rounding up of residents. 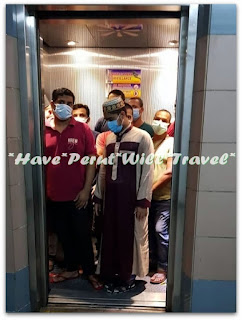 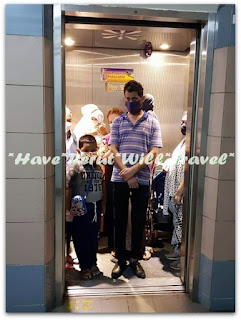 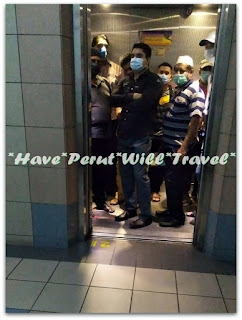 Things descending into mayhem soon enough, and a resident described the 7th floor foyer area as resembling a market and the residents treated like cattle being led to slaughter. Videos were shared by residents, including one taken by Dr Eliza, a resident and committee member of the Residents' Association herself at our residents’ chat group:


Dr Eliza kicked up a right fuss with the KKM personnel but to no avail. She took up her case directly with Dr Ghazali Chik, the Head of Pejabat Kesihatan Daerah (PKD) for Lembah Pantai and was given assurances that this hazardous handling of the screening process will not happen again the next time. There is a next time!? Dr Eliza was clearly upset with the large crowd that had gathered, and had a few choice words to describe KKM's handling of the screening session. 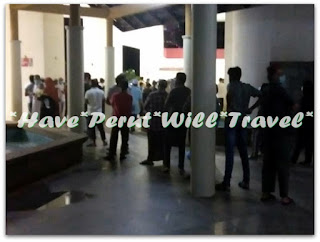 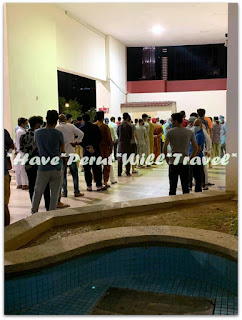 By 10pm last night the 7th floor foyer was absolutely filled to the rafters with distraught, dazed, and confused residents. Photos were shared by residents, including some taken by Dr Eliza herself at our residents’ chat group: 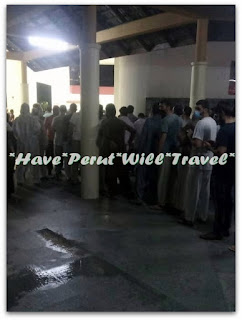 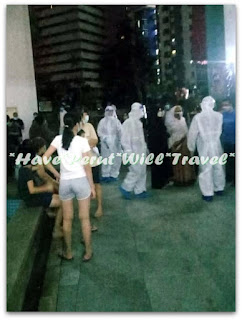 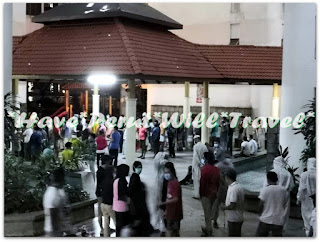 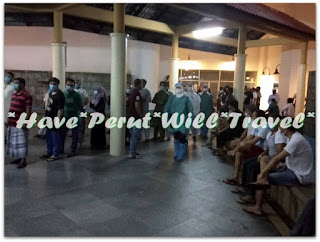 We also received reports of unruly behaviour on the part of KKM and PDRM personnel in handling the large crowd, and we ourselves heard the shouting and screaming from our unit. Dr Eliza took matters into her own hands and ordered all remaining residents of Block A not come to down since the situation at the 7th floor foyer area had grown extremely dangerous.

At the same time some residents of Block A continued to report to the residents' chat group that they were continually harassed by KKM and PDRM at their front door ordering them to go down to the 7th floor foyer area. Dr Eliza repeated her order to all remaining residents of Block A not come to down.

Some residents took to social media to highlight our plight, and one resident reported that as a result Malaysiakini had reached out to him and offered an opportunity for him to speak about the unfortunate events of the night. He promised to get back to them the following day as soon as he received our collective consent. We all gave him our blessing to talk to Malaysiakini. Dr Eliza too offered to speak to the media if needed be.

Other residents reached out to media outlets like Harian Metro and Sinar Harian for help, but we did not hear of any further developments.

As it approached midnight the crowd grew thin. Residents who did not venture down for fear of the large crowds as well as those sick and elderly began to make their way down only to find that KKM had packed their bags and left: 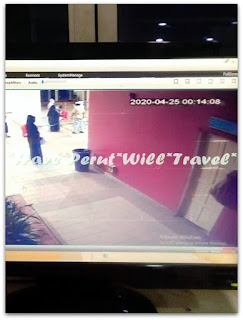 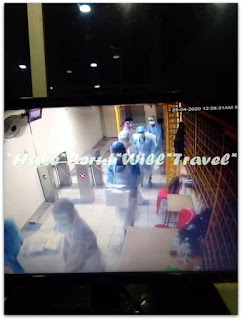 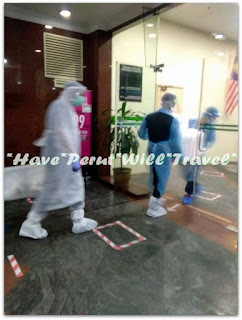 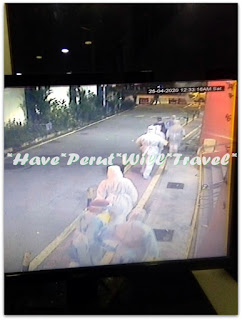 They came at about 9.40pm last night and left at 12.30am this morning, which is approximately 3 hours. They had set out to screen 1,000 residents from Block A and in the space of 3 hours that meant a rate of 5-6 residents per minute. How is that even humanly possible?

No matter. The damage is done. Hundreds of residents are potentially infected. Lifts and common areas contaminated. Our trust in KKM evaporated.

As we spent a sleepless night pondering about the reasons behind such rash and unruly behaviour, we stumbled upon a Facebook posting by a young pharmacist relating his involvement with the screening done at Menara City One.

We were intrigued by what he posted on his Facebook page: "Di saat semua berbuka puasa di rumah di samping keluarga, kami berbuka puasa dalam kereta." which roughly translates to "While everyone broke fast at home with their families we broke fast in the car." Could that be the reason for their resentment, and was that why they took it out on the residents of Menara City One? We might never know.

Our minds are in a blur. What we went through was surreal.

By the time we finish writing this it is daybreak of the following day. We desperately cling to these words: “It is not despair, for despair is only for those who see the end beyond all doubt. We do not.” ― J.R.R. Tolkien. Just barely.

After a couple of hours sleep we awoke to find our plight highlighted by several media outlets.


At 4.00pm today during his daily press conference the Health Ministry Director-General Datuk Dr Noor Hisham Abdullah announced no further positive cases at Menara City One which remains at 51 cases. 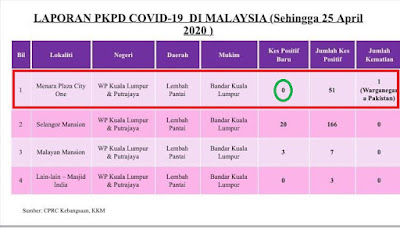 When asked by reporters later, he blamed the congestion on the convergence of both residents of Blocks A and B coming down for screening at the same time.


A press statement that Dr Eliza diligently prepared was send out to all media outlets to refute the claims that last night's congestion was due to the residents of both blocks coming down for screening: There was no mixup, Menara City One residents tell health DG

Menara City One residents accuse Health Ministry of recklessness, deny occupants came down on their own 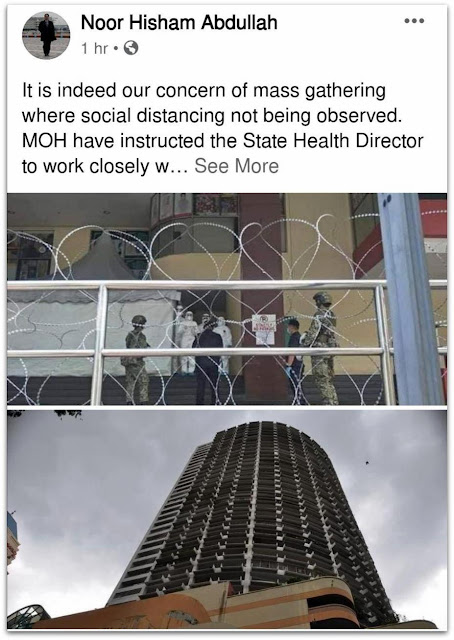 It has been 18 days since we were PCR tested, and we assume that our results are negative. We ask that everyone we know to pray for our continued health, safety and well-being.
- April 25, 2020