With only 36 new positive cases and no deaths reported yesterday, we dare say the light at the end of the tunnel is getting brighter. This is marvelous news and should serve to re-ignite our hopes of being released from the shackles of lock-down.


However this good news will most certainly be overshadowed by the lock-down imposed on Pusat Bandar Utara in Kuala Lumpur and the areas surrounding the Kuala Lumpur Wholesale Market:


"Senior Minister Datuk Seri Ismail Sabri Yaakob said the government has decided to impose the EMCO in these areas following the advice of the Health Ministry, with this two-week order to take effect from today until May 3."

The lockdown was imposed after 28 positive cases were detected and 1 death reported among a cluster  made up of predominantly Rohingyas. We were confused at first as to the location of the wholesale market area under lock-down. While everyone is familiar with the Selayang Wholesale Market located beside the south-bound Jalan Kuching road towards Kuala Lumpur, the area around the Kuala Lumpur Wholesale Market under lock-down is located beside the north-bound Jalan Kuching road towards Rawang.

On a separate note, the efforts by APM to distribute food rations to Malaysian citizens residing in Menara City One was halted at about 7pm due to exhaustion on the part of the personnel on duty. Poor angels, may God bless you all! 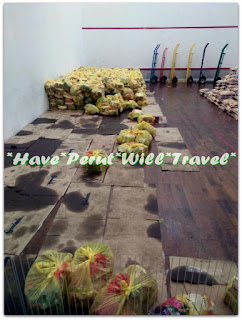 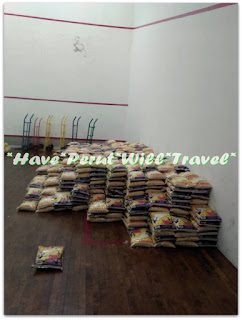 Yesterday Dr Eliza, a resident and committee member of the Residents' Association sent a message to the residents' chat group to inform all Malaysian citizen residents of the following: 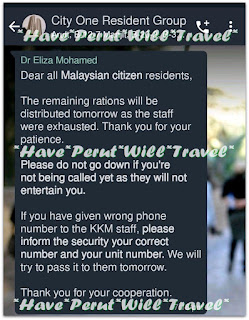 Then at about 10.15am we received a call from Faiz of APM asking that we come down again at 11am to receive further food rations. I got to the 7th floor foyer area (opposite the squash courts and multi-function hall) promptly at the agreed time but found the distribution counters still vacant:

Turns out Faiz and his APM team were held up at the ground floor lobby since each lift is limited to only 4 occupants (due to the condo's social distancing rules that some migrant covidiots continue to flout!), but made great haste to arrive a few short minutes later. We were told that these efforts to distribute food rations will be extended to citizens of other countries from tomorrow onwards. Jangan kata Malaysia tak payung, ya? 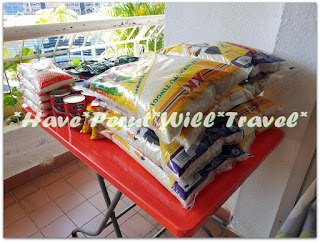 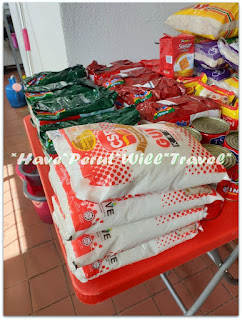 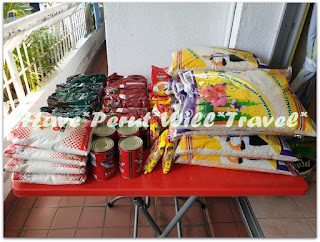 Another handsome bounty. Our heartfelt gratitude to all parties who made this possible, especially the angels from APM who fearlessly walked into the war zone that is Menara City One to distribute these precious items. May God bless all of you!

At 5.30pm today during his daily press conference the Health Ministry Director-General Datuk Dr Noor Hisham Abdullah announced no additional positive cases at Menara City One for the 2nd consecutive day which remains at 40 cases. 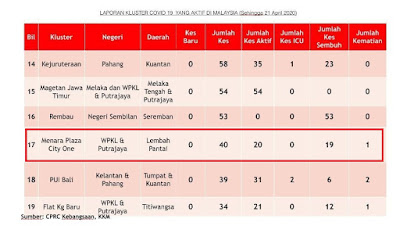 It has been 2 weeks since we were PCR tested, and we assume that our results are negative. We ask that everyone we know to pray for our continued health, safety and well-being.
- April 21, 2020

Email ThisBlogThis!Share to TwitterShare to FacebookShare to Pinterest
Labels: EMCO