Taken off their webpage: "What is now known as “Turtle Alley” in Chinatown, Kuala Terengganu, used to be merely a gap between two pre-war houses that had remained closed to public access for many decades.

In 2010, when the State Government of Terengganu completed the reclamation of the waterfront behind the row of houses in Chinatown, the aforementioned “gap” was opened and became one of the busiest connecting pedestrian alleys between the newly-formed road and carpark spaces of the waterfront and Chinatown.

Due to the many years of disuse, the alley was in a derelict condition. Dr. Chan Eng Heng, who had just recently retired then, was asked to provide ideas on how the alley could be beautified and given a face-lift.  Coming from a background in turtle conservation, she immediately suggested that it be turned into an alley to create awareness on turtles and be aptly named “Turtle Alley.”

The ideas flowed and the  proposed beautification plan was fully endorsed by the Kampung China (Chinatown) Residents Committee.  The State Executive Councilor, YB Dato’ Toh Chin Yaw, Mr. Lorenz Law, Mr. Sam Wee and many other local residents have given the project complete support and are all duly acknowledged here.

Work on the project began in late 2010 and by July 2011, most of the turtle mosaics, and the metallic plates of “Little Turtle Messenger” had been installed in the alley.   Although the alley is now functioning fully as a public thoroughfare, ideas are still being mulled upon to fill up the remaining spaces on the walls of the alley."

We have nothing more to add, and will let our photos do the talking for us... 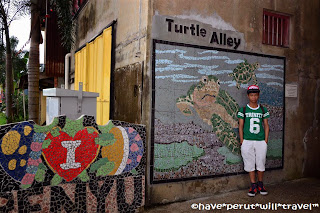 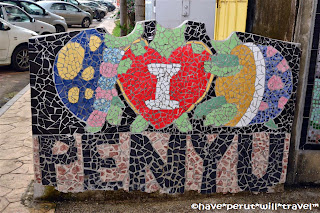 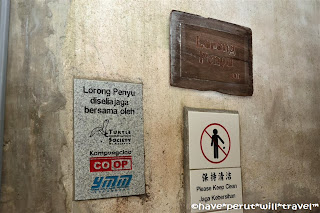 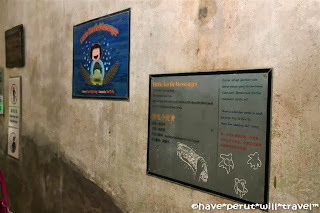 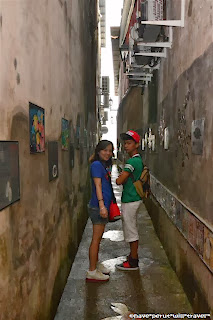 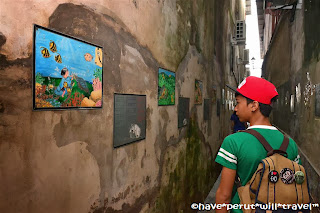 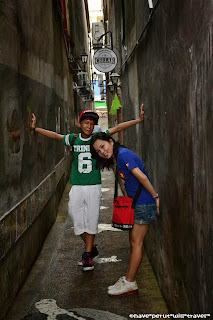 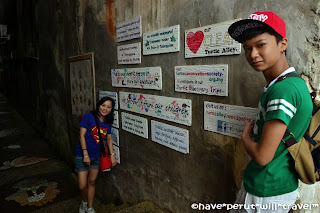 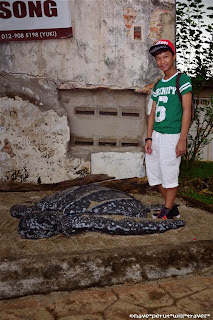 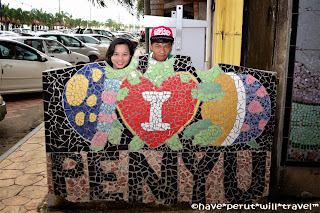 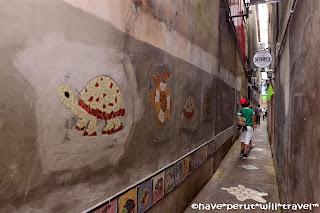 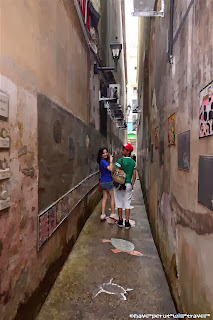 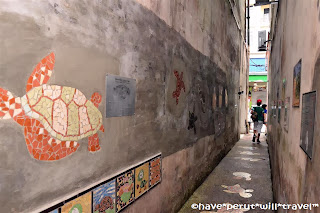 Email ThisBlogThis!Share to TwitterShare to FacebookShare to Pinterest
Labels: Food and Travel, Miscellaneous