Happy NRP Phase 4 Kuala Lumpur!
This is our longest video yet... Buoyed by our acquisition of the DJI Pocket 2, we woke up early this Sunday morning and made plans to go for a walkabout. It has been a while since we last visited Petaling Street and thought today was a good day as any to walk there.
Leaving our condominium we made our way to Lebuh Ampang and walked past our favourite Banana Leaf Rice restaurant, Restoran Kader. We then walked across Jalan Tun Perak before arriving at Medan Pasar.
Taking a minute to admire the Old Market Square Clock Tower we continued along in a southern direction until we reached Central Market, and found Kasturi Walk cordoned off for repair works.
We then walked across Jalan Tun Tan Cheng Lock and took a right into Jalan Hang Lekir before finally arriving at Petaling Street. The streets were busy, and welcome sign of things finally get back to normal.
My wife then suggested we try visiting an attraction nearby, so we headed south along Petaling Street then turned left and headed west along Jalan Sultan until we reached the intersection of Jalan Tun H S Lee.
We then turned right and headed east along Lorong Panggung before arriving at Kwai Chai Hong (鬼仔巷) which literally means Ghost Alley. The place was crowded and with most not observing social distancing we beat a hasty retreat.
We exited the alley, turned left and headed east along Jalan Balai Polis before getting to Jalan Panggong where there are a host of cafes and eateries. In quite in the mood for western cuisine we continued east along Jalan Sultan before turning right and north along Jalan Tun H S Lee past the Sri Maha Mariamman Temple before arriving at our lunchtime spot.
Restoran Kiew Yee Baru has been our firm favourite and we arrived just in time too, as it soon started to rain. Apart from lunch we took away our favourite Curry Chicken for dinner later. After lunch and with the rain not receding, we sought shelter at a café simply called "etc.". Half an hour later the rain finally subsided and we walked back to Petaling Street, before heading east along Jalan Tun Tan Cheng Lock before walking across to Kotaraya Complex.
It has been many years since we were last at Kotaraya Complex, and it has transformed into a mini-Manila. We continued walking past this Complex before turning right heading east along Petaling Street until we reached the Old Market Square Clock Tower again.
From here we continued north and reached Leboh Ampang, where we walked across Jalan Tun Perak and turned left before entering Jalan Melayu and continuing north. We turned right at Jalan Masjid India and headed to our favourite hole-in-the-wall ‘Mamak’ stall called Mansion Tea Stall but affectionately known as as ‘Abang Abu’ (brother Abu) to us.
We ordered a dozen Roti Canai, to be had later with the Curry Chicken we took away from Restoran Kiew Yee Baru. This was when the DJI Pocket 2’s battery died, and this is where we will end our blog.
(Do visit our YouTube Channel Have Perut Will Travel)
📍 Locations:
Jakel Mall Kuala Lumpur - https://goo.gl/maps/fGLQfTpz1XP1HfVY7
Leboh Ampang - https://goo.gl/maps/qW97vzF6UnwEu4iy8
Restoran Kader - https://goo.gl/maps/ukLYLStF2MQ5C2Lx8
Medan Pasar Clock Tower - https://goo.gl/maps/7xwvR1VVPjeYSq8E6
Central Market - https://goo.gl/maps/EfccZZeMgFQ5ApW56
Kasturi Walk - https://goo.gl/maps/J8VhsiU5SnNKFcnk6
Restoran Yusoof Dan Zakhir - https://goo.gl/maps/6fKMVT2EuCaHABf89
Jalan Petaling - https://goo.gl/maps/G5GsdeFVE3gb2g4W9
Kwai Chai Hong (鬼仔巷 - Ghost Alley) - https://g.page/kwaichaihong?share
Sri Maha Mariamman Temple - https://goo.gl/maps/vNrbmjio2MiVWxkJ9
Restoran Kiew Yee Baru - https://goo.gl/maps/pwNCHALSzr9BH3hf8
Cafe ETC - https://goo.gl/maps/2s4DH286WmFgjtDA8
Chinatown - https://g.page/chinatown-kuala-lumpur?share
Kotaraya Complex - https://goo.gl/maps/7JotmzdiLyMNoF2z7
Mansion Tea Stall - https://goo.gl/maps/zstwt3u4w3ejuVsR7
We do what we can to support local businesses, and it's always good to know that everyone here observes all related SOPs, it helps make us feel safer and reassured.
We shoot primarily with:
• DJI Pocket 2
• Panasonic Lumix DMC-GX85
• Panasonic Lumix G Vario 12-60mm ƒ/3.5-5.6
• Panasonic Lumix G 20mm ƒ/1.7
• Huawei P30
• Samsung Galaxy Note 10
• iPhone X
- October 24, 2021 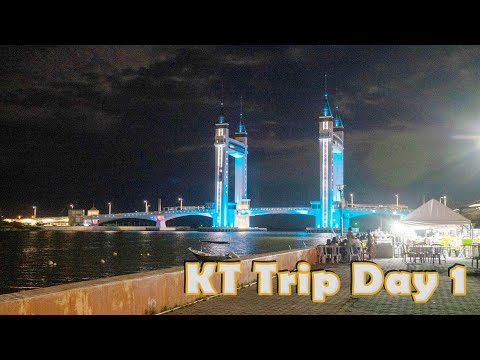