We are officially in a state of limbo (again). The lock-down imposed on our condo would have expired two days ago (30th April), and with no announcement from the government it would seem that it should have been lifted. Barbwire and AK47s say otherwise.

We are again the forgotten people of the MCO.

Even if the lock-down were lifted and the worst is over this does not mean we can let our guards down. Even if we were allowed to leave our homes to run errands in search of essential items, we would still be masked and gloved like before. We would still avoid crowded places or confined spaces.

We would still pick and choose the times when we do go out for grocery shopping. During the month of Ramadan it would be ideal for is to shop during the hours of 7-8pm since that would mean most are at home waiting to break fast; which is why we wholeheartedly disagree with this news article:

It is one thing that the nation's infection rate is dropping, it is quite another thing if KKM is not able to ascertain if the infectivity has also been eradicated. The drop in infection rate only means that the virus has been contained, it is not an indicator that we are out of the woods yet.

It will only take 1 asymptomatic person infected with the virus to start another chain of infection.

The headlines today was dominated by the large-scale sting operation comprising the Immigration Department, PDRM and Malaysia Civil Defence Force (JPAM) that swept across the entire Masjid India hunting for illegal immigrants.

It will take a very, very long time for Menara City One to live down its infamy.

At about 2pm we received a video from our security officer shared at the residents' chat group reporting that the KKM base camp at the front of the Plaza has been dismantled; however the PDRM and ATM guard posts still remain.


Also at 2pm during Senior Minister (Defence)'s Press Conference there was still no mention of Menara City One's EMCO.

At about 3.30pm we received a video and photos shared at the residents' chat group of the swimming pool at the 7th floor foyer area being drained and cleaned by our cleaners. This was arising from the residents' earlier complaints of the rise in mosquitoes at the condo. 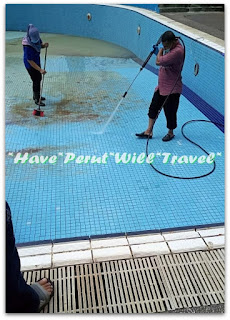 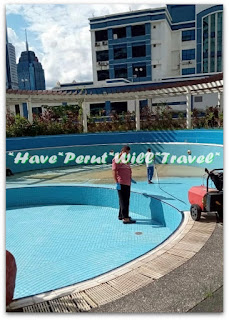 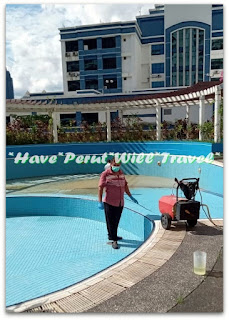 At 4.30pm today during his daily press conference the Health Ministry Director-General Datuk Dr Noor Hisham Abdullah announced no further additional positive cases at Menara City One for the 3rd consecutive day, which remains at 55 cases. 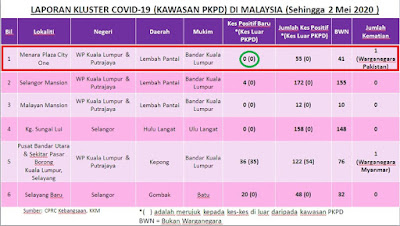 It has been 23 days since we were PCR tested, and we assume that our results are negative. We ask that everyone we know to pray for our continued health, safety and well-being.
- May 02, 2020